We’ve partnered with Rugged Interactive to create some amazing new interactive games, bringing a whole new competitive and technological element to our AirX modular inflatables range. Look out for more news of our first launch at FlipOut Pumped Up in Hereford this summer.

Rugged Interactive are market leaders in providing interactive technology to the fitness and leisure industry, creating robust and intelligent technology, and for us it provides a for logical evolution of our AirX inflatable air parks. Our interactive modules are plug and play, and not reliant on batteries which means greater operational efficiency and no need to recharge. 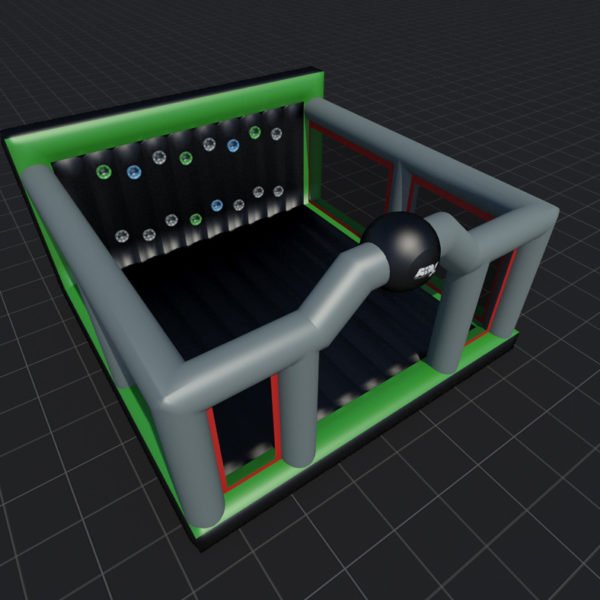 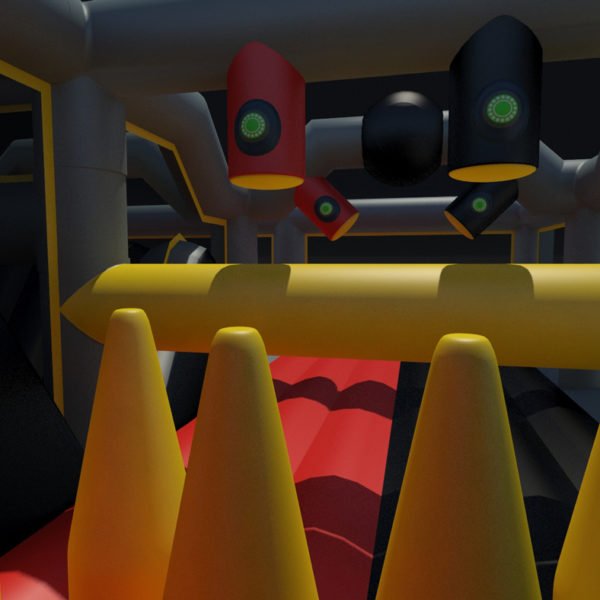 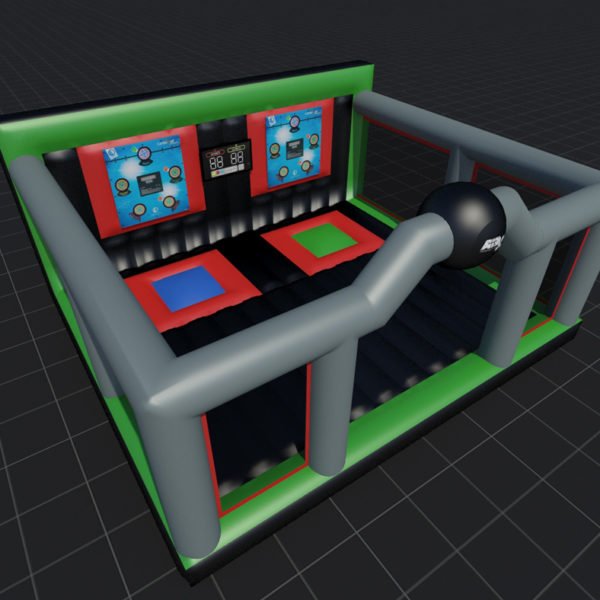 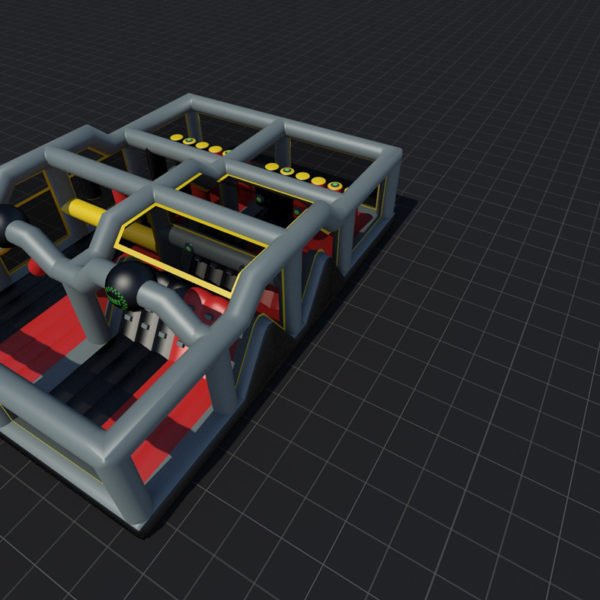 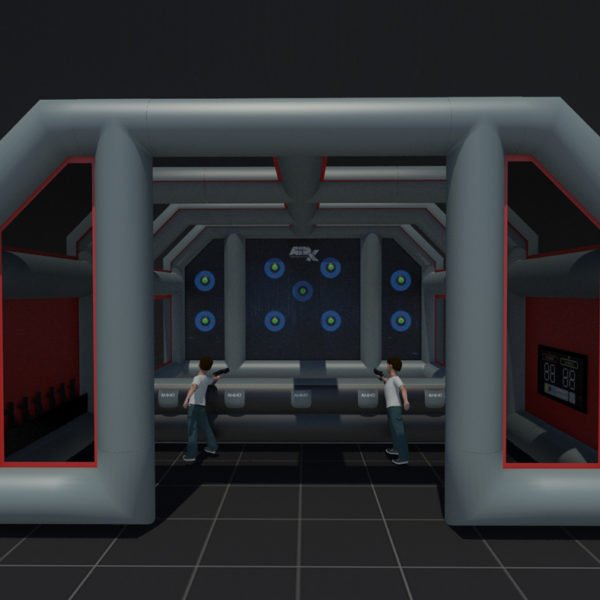 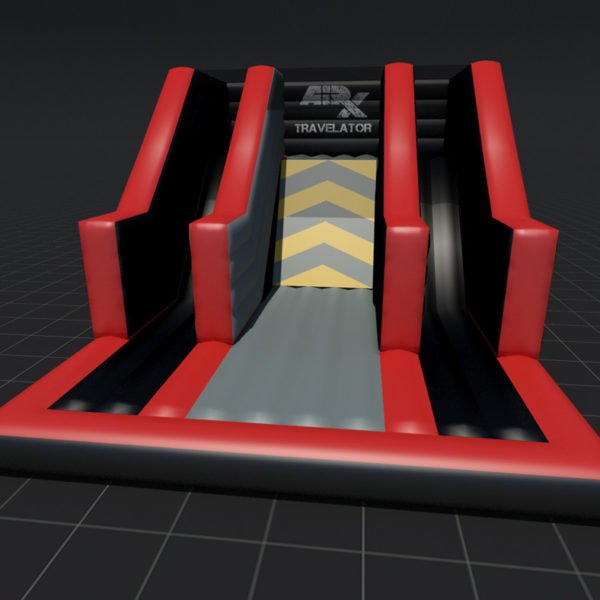 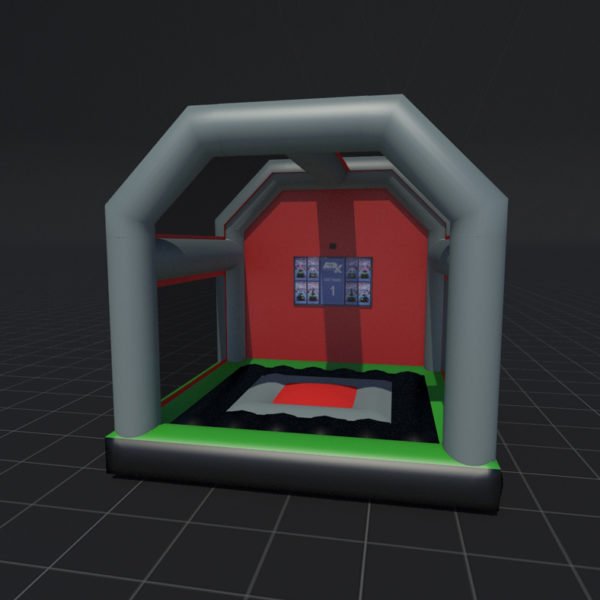 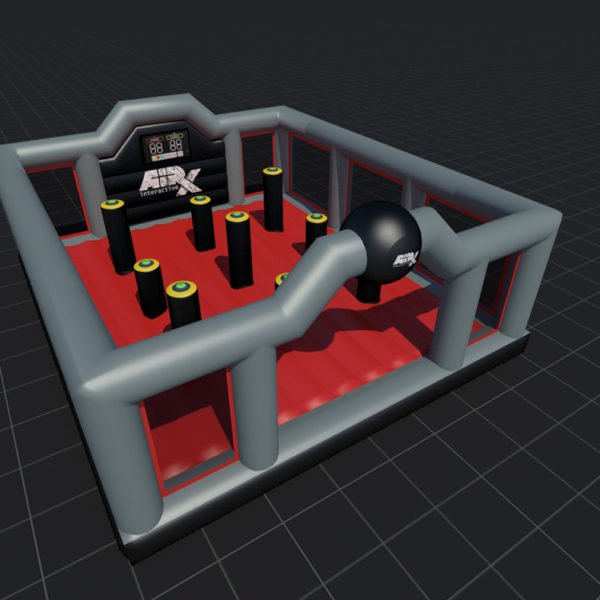 Aim: To hit as many red pods with in the given time limit as possible.
Gameplay: A single red pod will illuminate at random. Other pods will be green. On selection of the red pod (the chaser), another pod will reappear red.

Who for: Play individually, in pairs or as a team.
Aim: To score as many points as possible with in the given time limit by hitting the illuminated pods.
Gameplay: Pods will illuminate randomly 3, 5, 7 or 9 pods at a time. The illuminated pods will firstly appear blue, then change to green, then yellow, then finally red. Each colour change takes 3 seconds – therefore 12 seconds in total before a pod position change. Once all lit pods are cleared, a new set of lit pods will appear at random.

A pure speed and reaction collaborative challenge which also tests peripheral vision and spatial awareness. A mental and physical test, encouraging competition, cooperation and social interaction. A game that requires accuracy, problem solving and patience to reach a high score.

Who for: 1-4 individual players, or 3-4 teams of 2 players alternating on the TrailBlazer. Best played in a group – challenge each other to the highest score.
Aim: To hit as many lit pods with in the given time limit as possible.
Gameplay: 1 red pod, 1 blue pod, 1 green pod and 1 yellow pod are lit at random. On selection of a coloured pod, it reappears elsewhere. I.e. if the red pod is hit, the red pod reappears elsewhere. This would be the same for the blue, green and yellow chaser pod. Each player chases his or her chosen coloured pod.

​Interactive modules can be incorporated into any existing or new AirX setup or sit as stand alone modules. Get in touch to find out more.